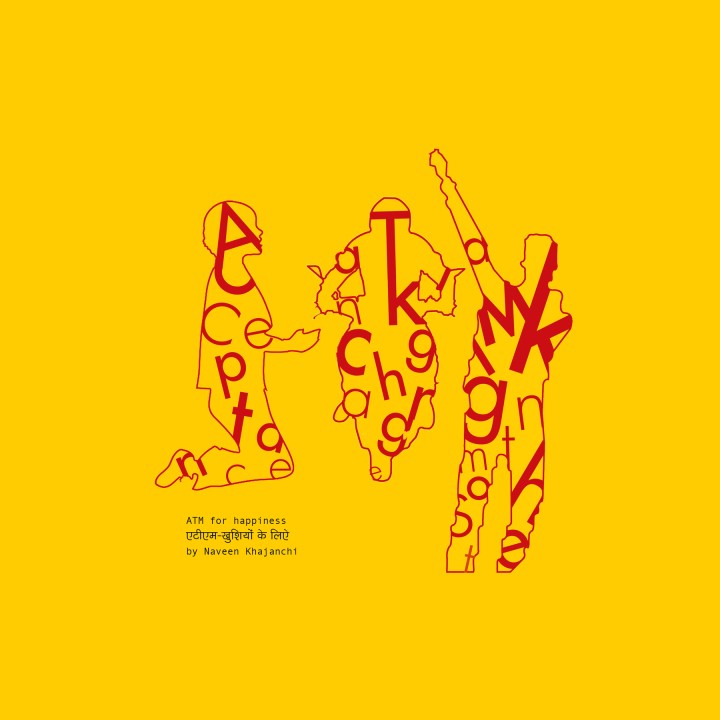 No Comments on ATM for HumanenessLinkedin Blogs Naveen KhajanchiJuly 13, 2020March 12, 2021

ATM for Happiness to Humaneness

Where should my anchor be?

Not in the country where I stay, not the family where I was born, not the religion I believe in, not to the community but should be in the entire humanity + nature on earth where we can coexist peacefully with joy.

Then why do I have Biases of

Because I am not deeply anchored in the real anchor of humanity yet.

Are not all of us carrying biases inside us and have become a part of them inside us rather than they being a smaller part of us? Yes. What can be done? It’s time to press the RESET button and become aware that we are all humans first, so let’s be Humane with each other. For the giver at times it was a casual remark (“I did not mean to be offensive”) but for the receiver it was a backhanded compliment that they received with negative bias. It’s time to become sensitive to it. A new movement is brewing in which the victims will rise up. The fire has been lit – it’s time to stop it before it’s too late since if it becomes a wildfire it will be problem. Migrant workers in India have started reacting against the hardships faced by them & the failure of the system in providing them the basic necessities in the covid era. When they returned, they were welcomed as they bought back prosperity now, they are empty handed & may turn into liability is an unsaid fear. Self-awareness is key to handling such issues. Most of us generally like or dislike things and are able to decide in less than a minute whether we are for/against it. This is the beginning of the brewing process and now is the time when we must be aware of our feelings/emotions/biases that need to be parked for the moment. It’s our ability to HOLD ON to two opposite ideas and imagine each objectively, through a neutral lens. Most of us have data but we also dish out what we really want, as our end objective is clear. So I like ice-cream & Amul is a preference which I can be for/against very easily. Similarly in our lives, there are numerous incidents everyday where bias has become habitual in our daily life.

It’s high time to understand how can we reduce the bias so that there are no painful acts. At times it has existed lifelong, & even after life which was a pain inside the person that led to a lifetime of mental struggle & agony. It’s so difficult to stand up to the white skin/argue as in the name of thinking aloud they just get away with what they wanted. Now it’s a time to put a STOP and act on this so that we create an environment wherein biases are neutralized quickly. At times we participate in certain jokes and unknowingly create victims/labels for the abused. Let’ s stop joking about it and invest in making people aware of the magnitude of the problem…this itself will help ease a lot of things.

Leadership today has started talking about their brave movement of standing against prejudice & not supporting the same yet it seems to exist quite deeply in most of them & inside the organization. It’s time to stop blowing the trumpet over these words but rather start action and show data on how things can be set in order to ensure a common ground for all to co-exist. The new normal in the world needs to be more equal + fair, ‘equanimity’ is a must. A migrant worker wants to go home, is carrying his children on his back – the privilege to not walk in the heat on road is not there, fresh drinking water or proper toilets are not accessible.Why? Isn’t this the worst form of bias that can come into play? There in the USA, George Floyds’ is just one case in example that has come to light but there are so many that have never seen the light of the day. Let’s stand up & unite to ACT on this.

Acceptance of the fact that we are all unique human beings needs to happen 1st & then coexistence in a loving & peaceful manner must be a non-negotiable requisite.

ATM for happiness is now ATM for Humaneness i.e.,

Take Charge of not being casual but sensitive about it

Make the Most by doing a daily action around it to improve the reality of coexistence with love.

As Gandhiji rightly said “The first condition of humaneness is a little humility and a little diffidence about the correctness of one’s conduct and a little receptiveness.”

Author: Naveen Khajanchi is an alumnus of INSEAD. He is CEO of NKH Foundation P ltd which is into Leadership Search, Executive Coaching & Training for leaders of large Corporates.